Love the latest installment of It?  Try these! 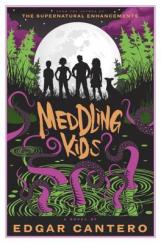 Meddling Kids by Edgar Cantero
Scooby-Doo meets H.P. Lovecraft. Join the all grown upcast of the Blyton Summer Detective Club of Blyton Hills, Oregon. They thought they had finished their last back in the summer of 77 but something has haunted them for all these years. A feeling, a sense of danger and distress, and now it is back in Blyton and the gang must meet up once more to save their old summertime stomping grounds from something truly evil. 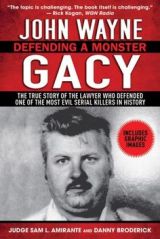 John Wayne Gacy: Defending a Monster by Sam L. Amirante
Killer clowns do not just exist in the movies. John Wayne Gacy is one of America’s most notable serial killers who also had a penchant for dressing as his clown character, Pogo. Follow Gacy’s lawyer as he recounts the grisly murders of his client and what it was like to defend a true monster.

Ice Cream Man Volume 1: Rainbow Sprinkles by W. Maxwell Prince
Twistedly unsettling with a format much like the hit series Tales from the Crypt. Join the Ice Cream Man as he dishes out delicious tales of murder, suffering, and potential redemption. A must-read for any graphic novel fan.